Yesterday, I was with a group of six high school boys in one of our outreach programs in a juvenile facility. Two of the six boys made this statement, “I’ve been on my own since I was twelve.”

They went on to explain they weren’t homeless since age twelve but they were “on their own” in the sense that their parents had essentially “checked out” on them by the time they were twelve. In some cases, fathers leave and never return and moms fall into crime or are battling addictions at such a deep level they can’t function well enough to be a parent.

There are no easy answers, but I’d like to hear from others who have overcome difficult circumstances like this. What advice would you give a teenager who said, “I’ve been taking care of myself since age twelve.” 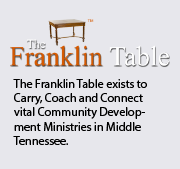